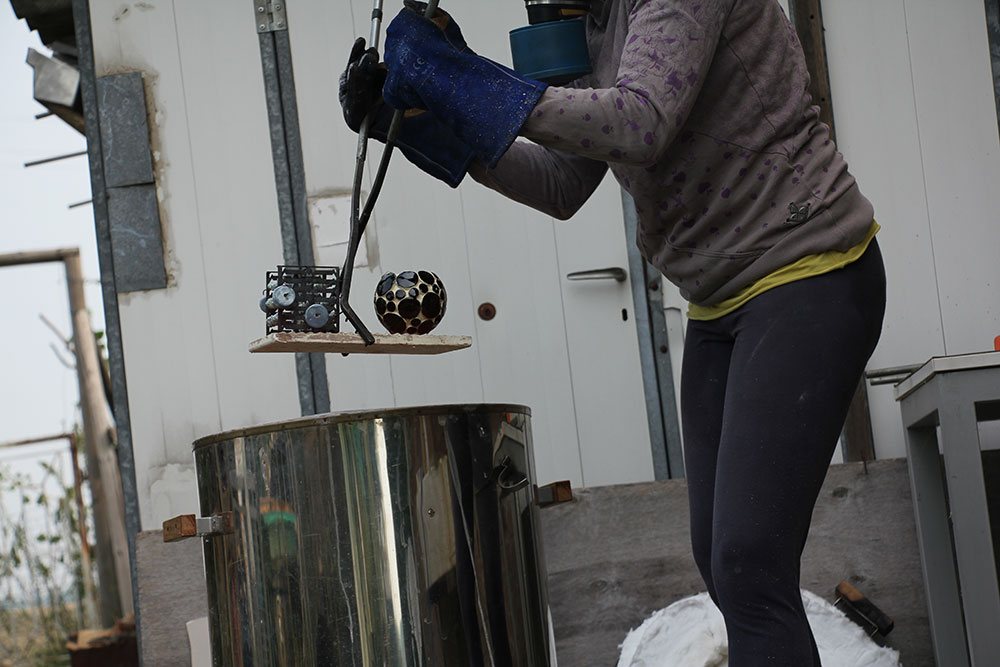 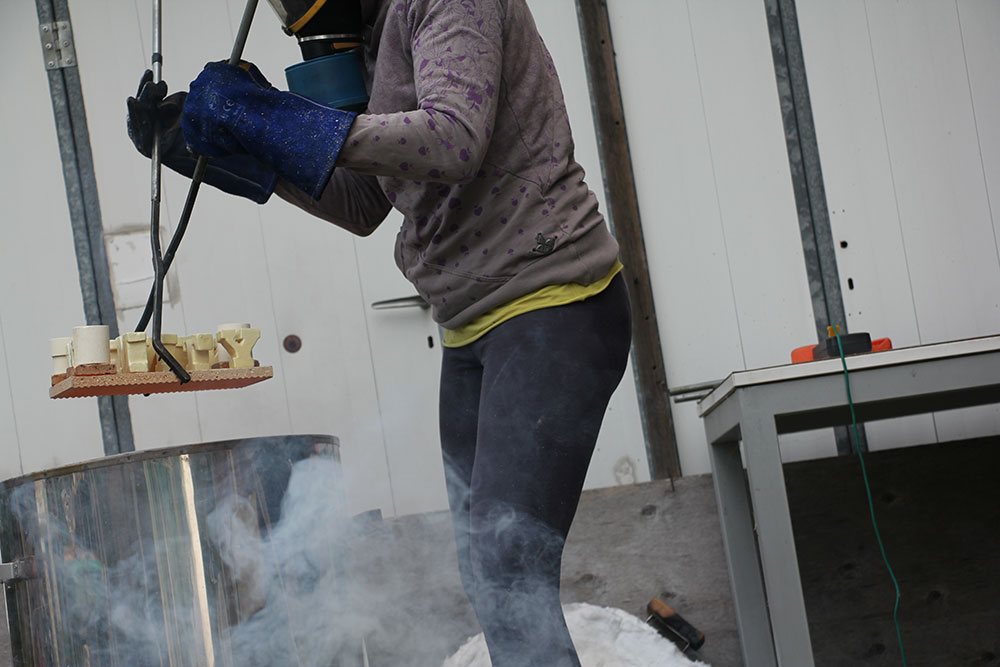 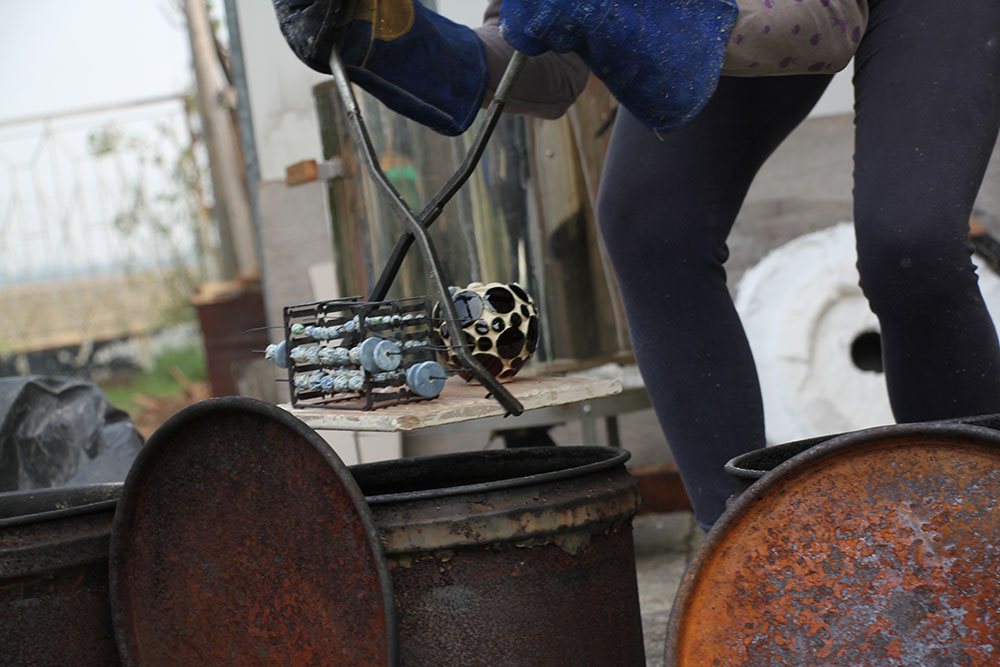 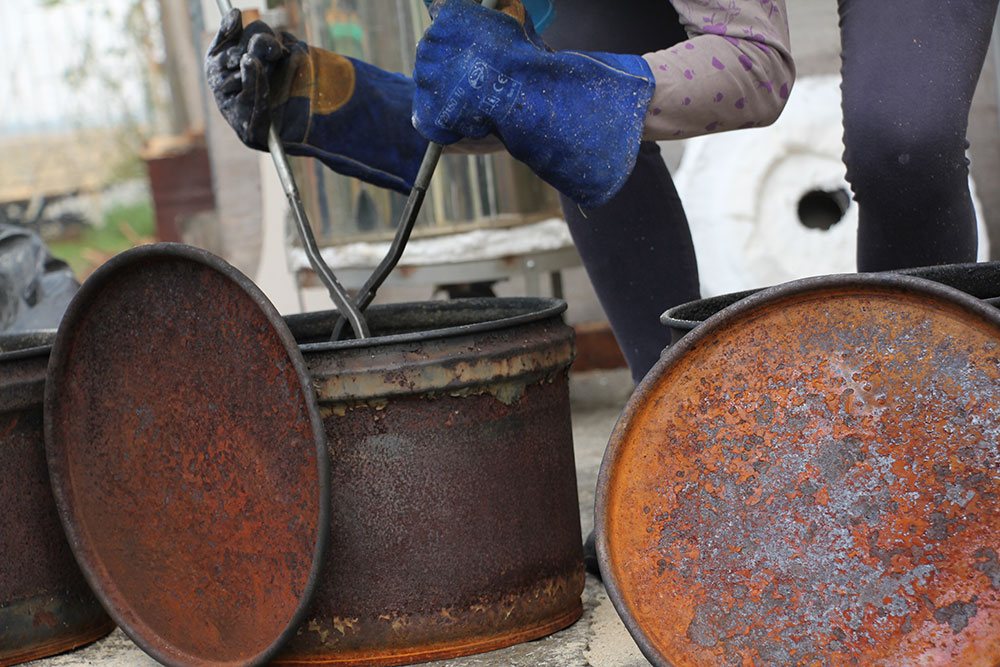 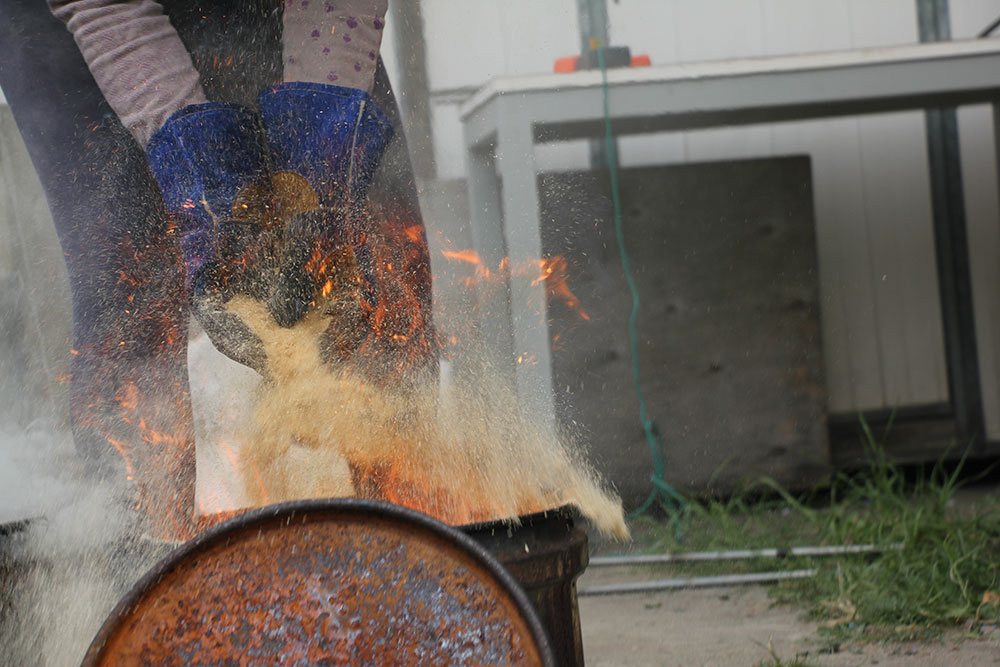 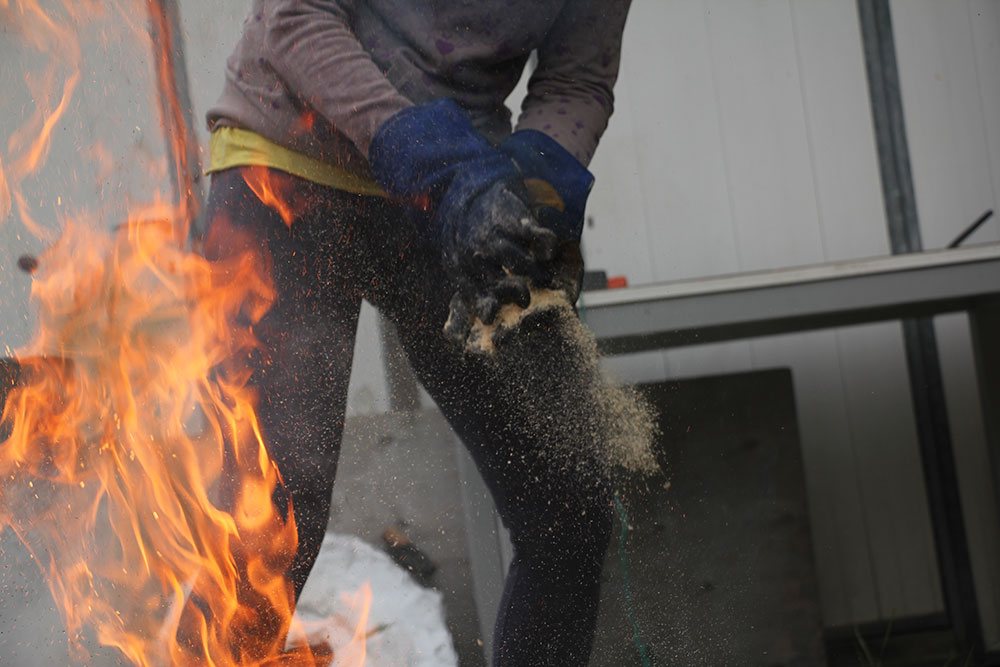 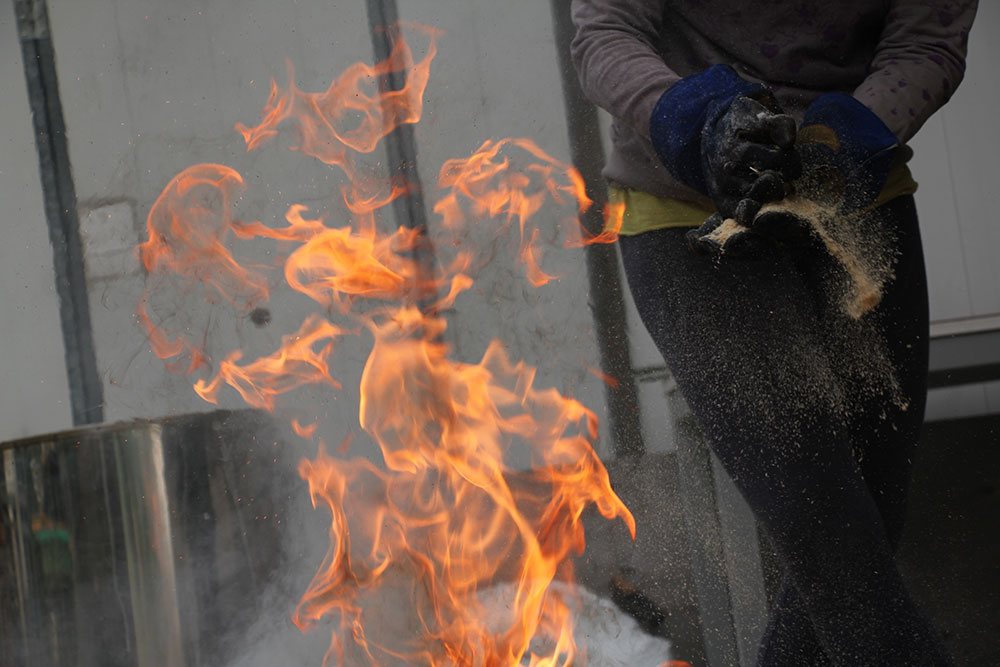 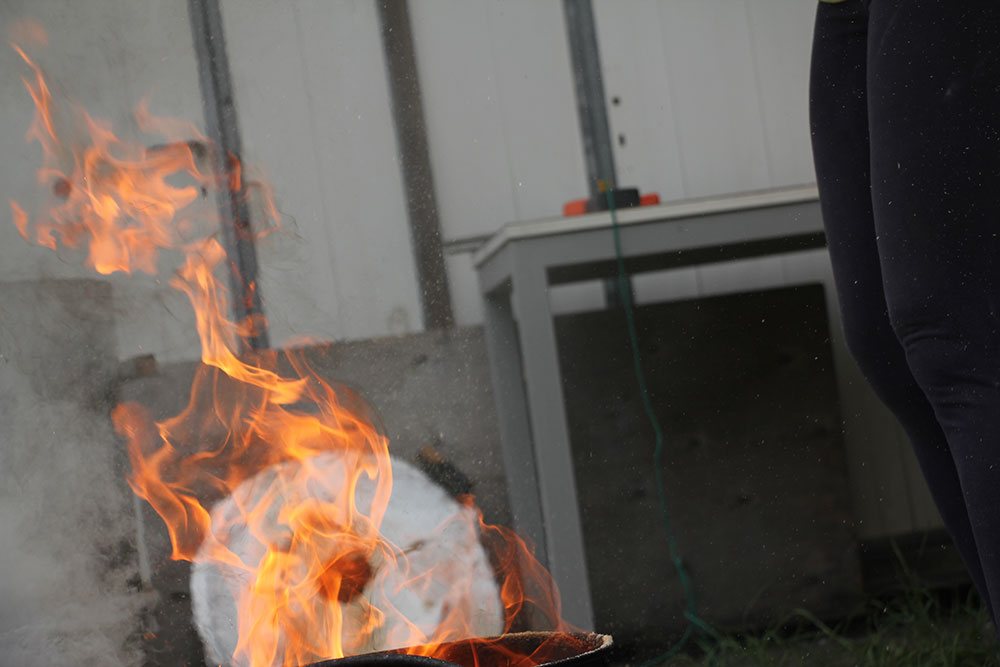 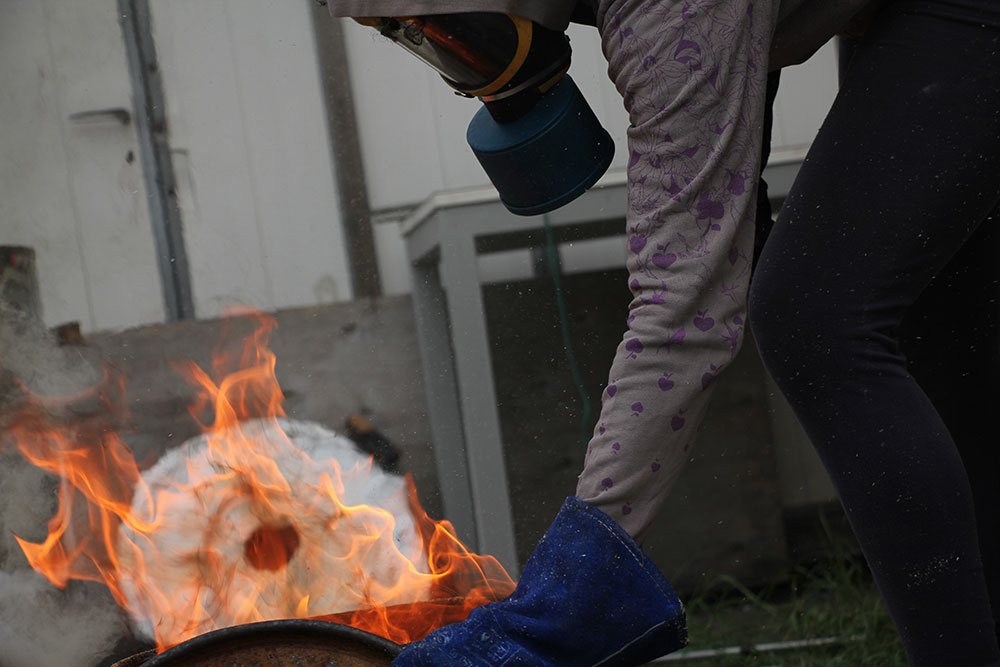 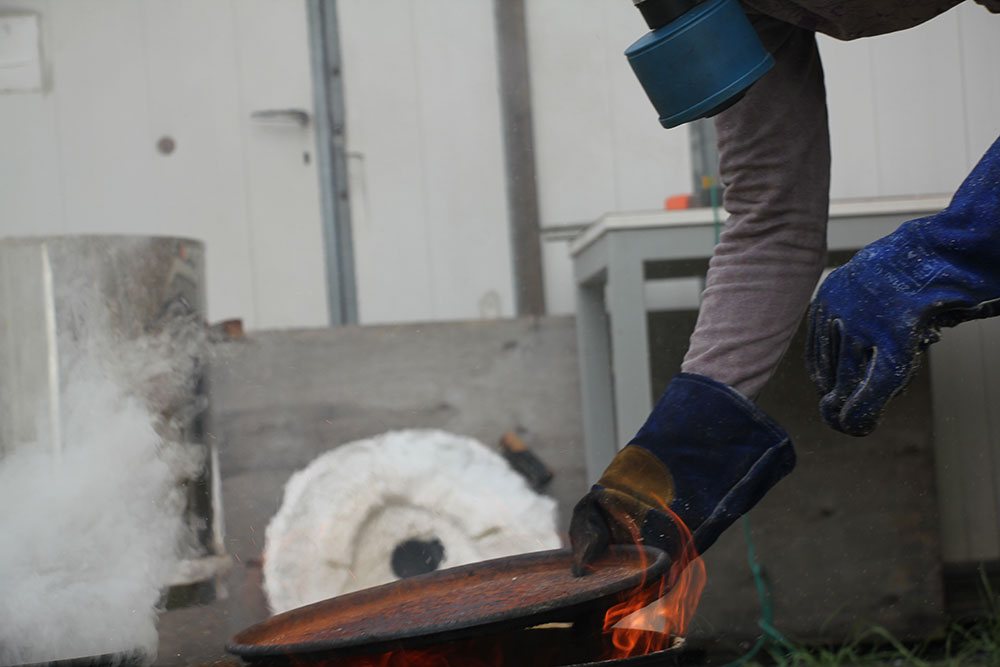 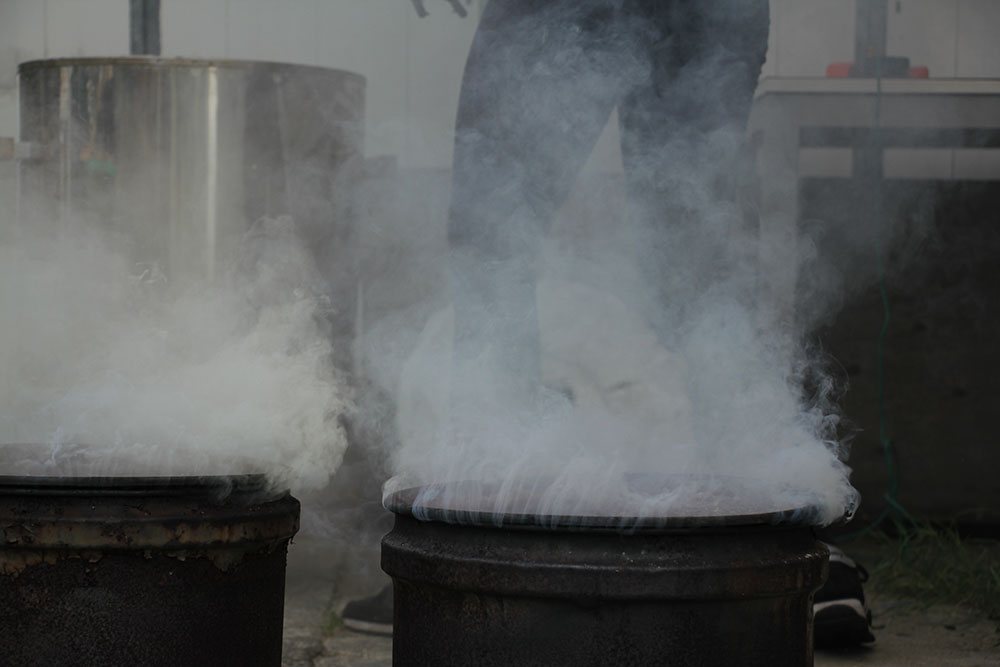 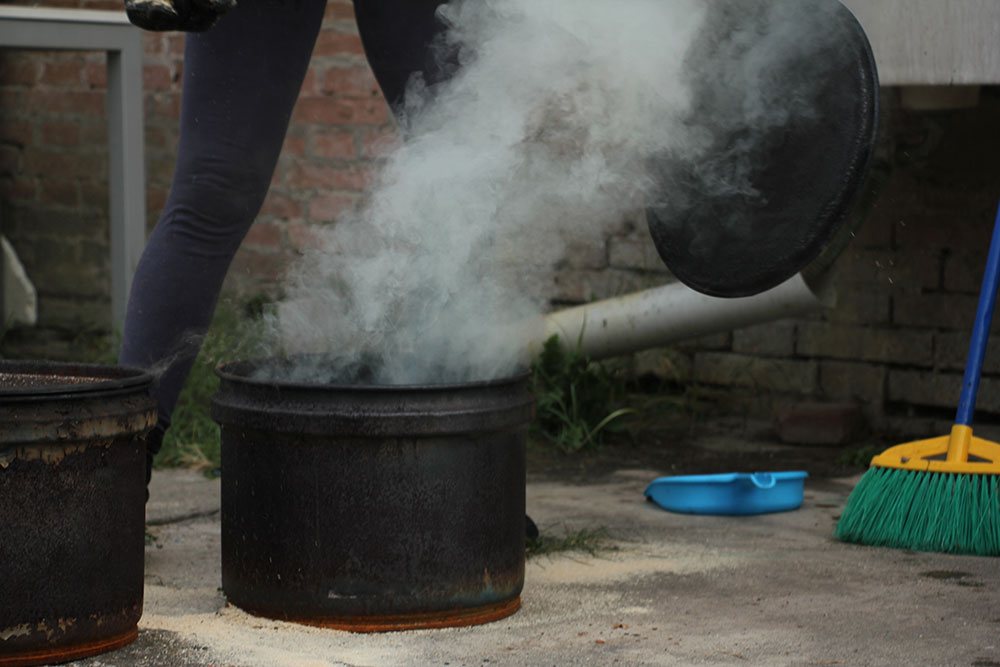 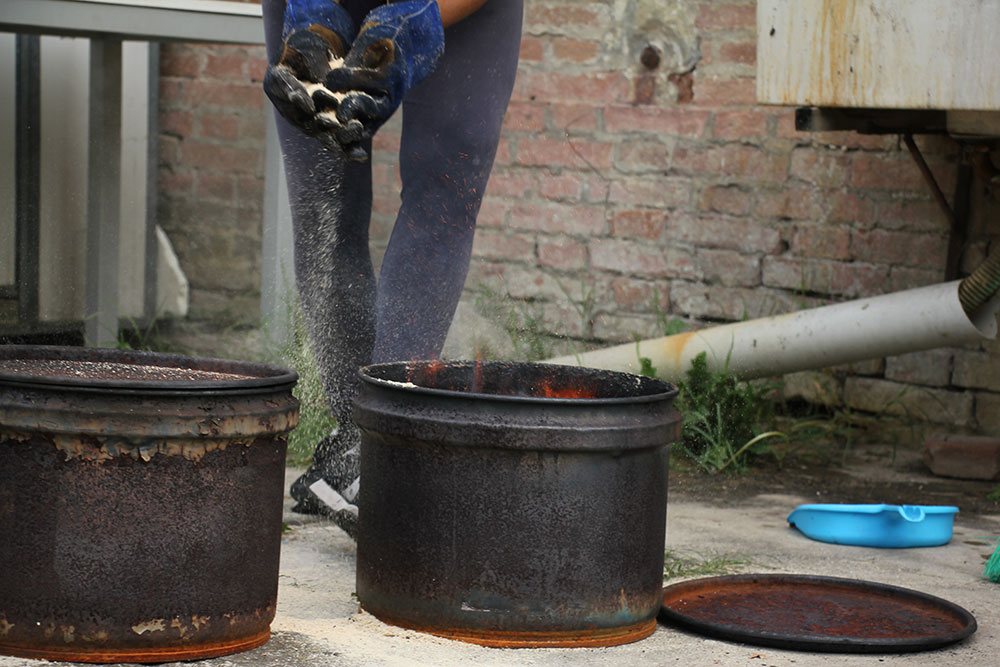 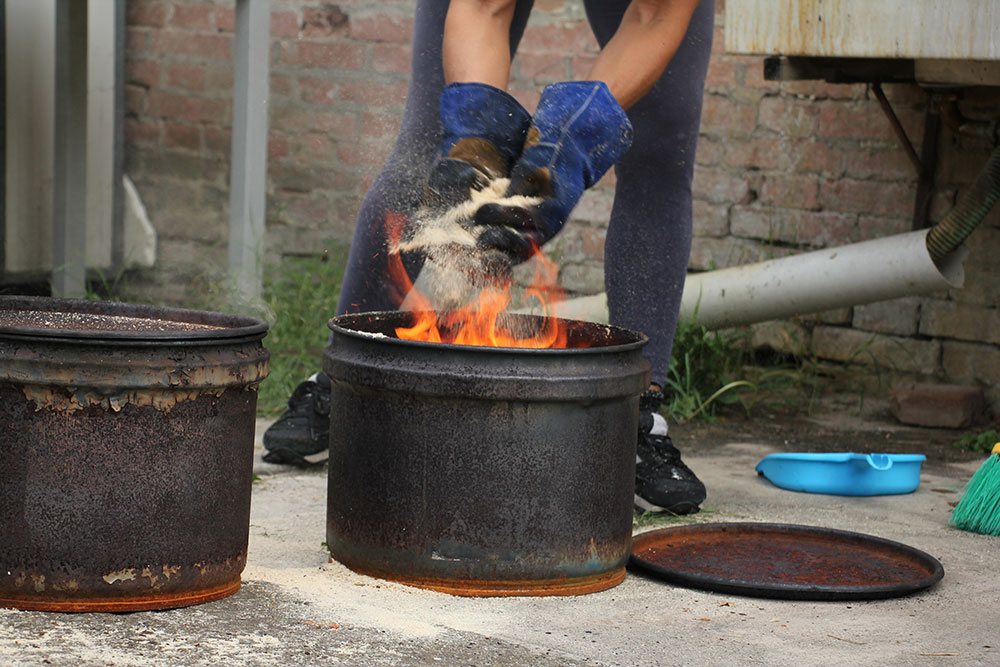 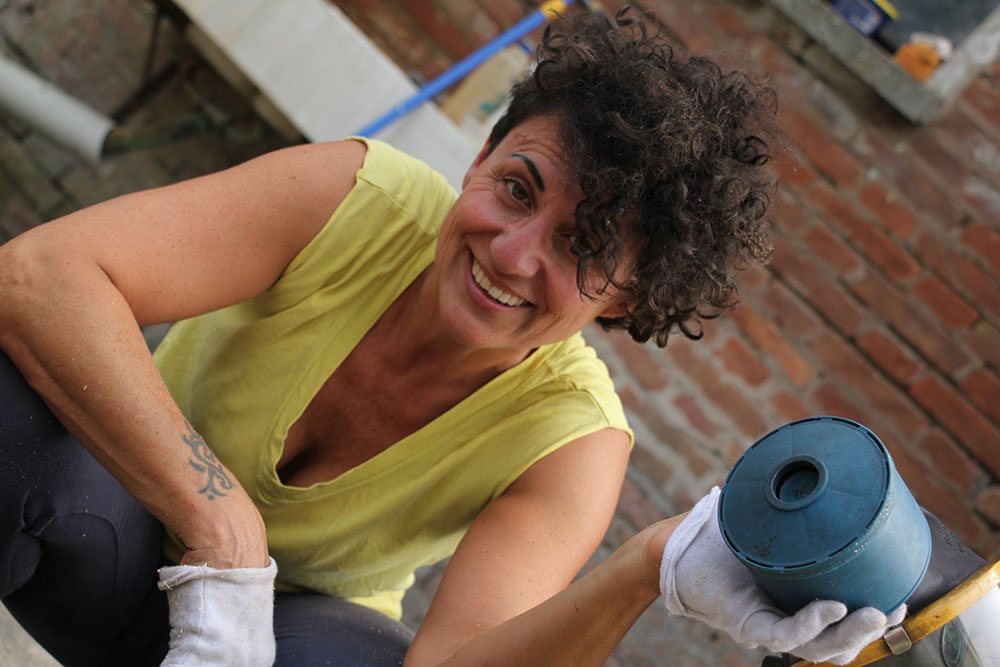 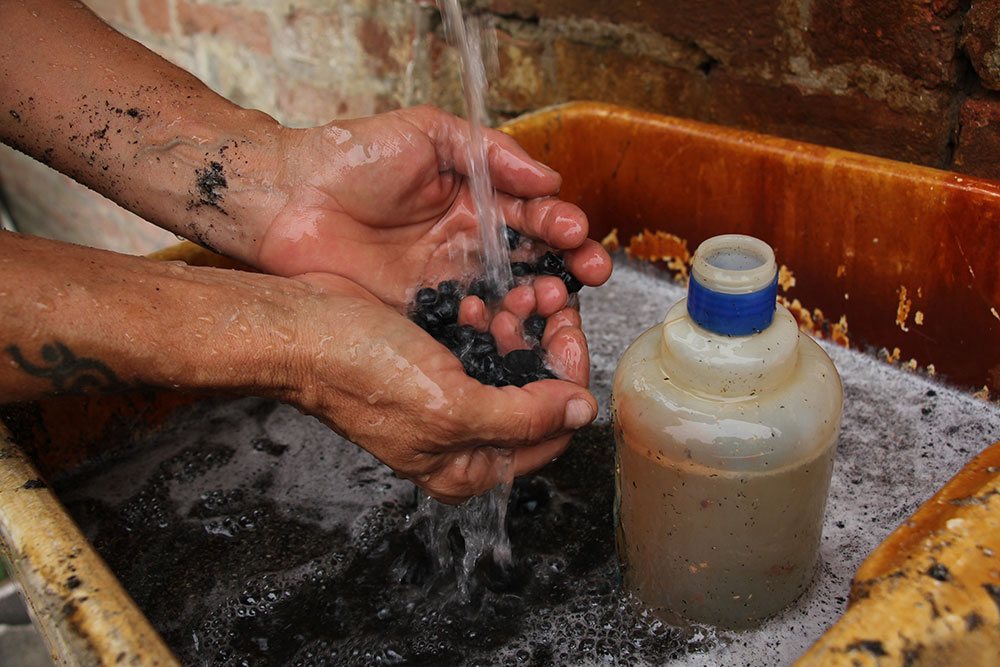 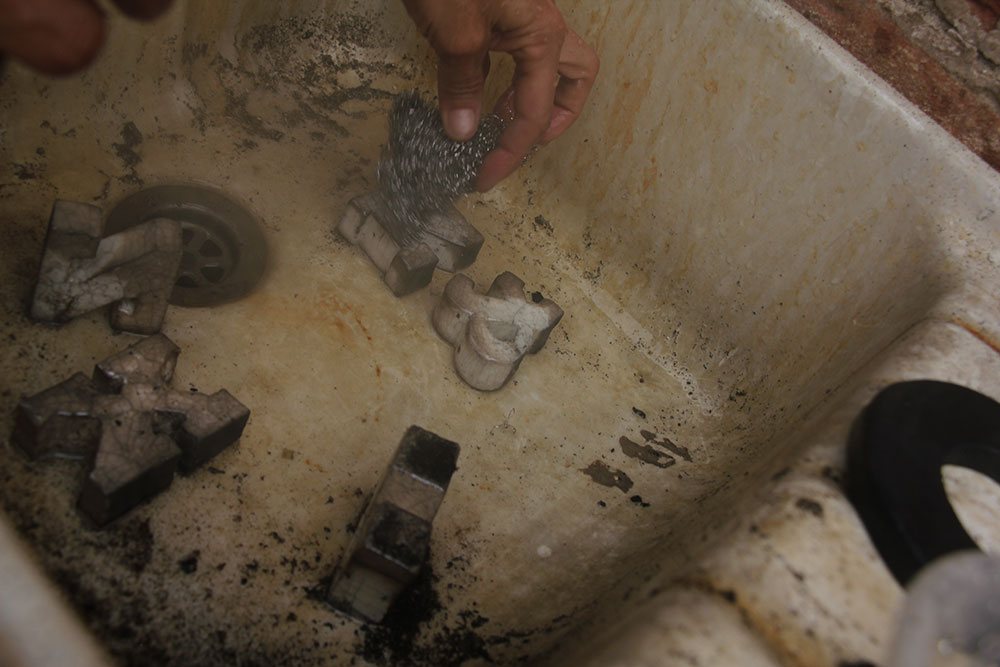 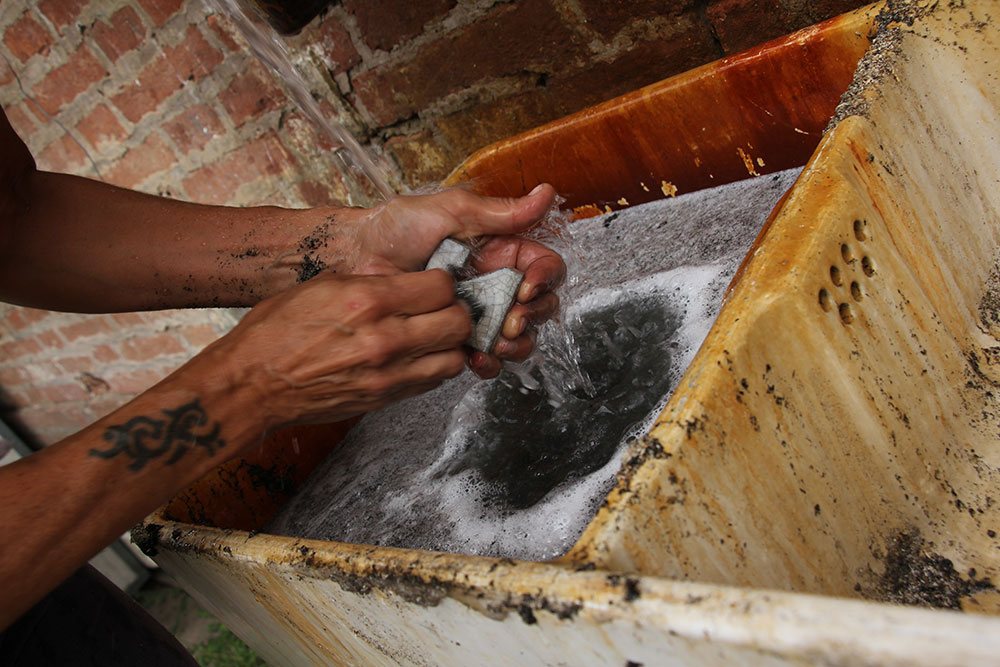 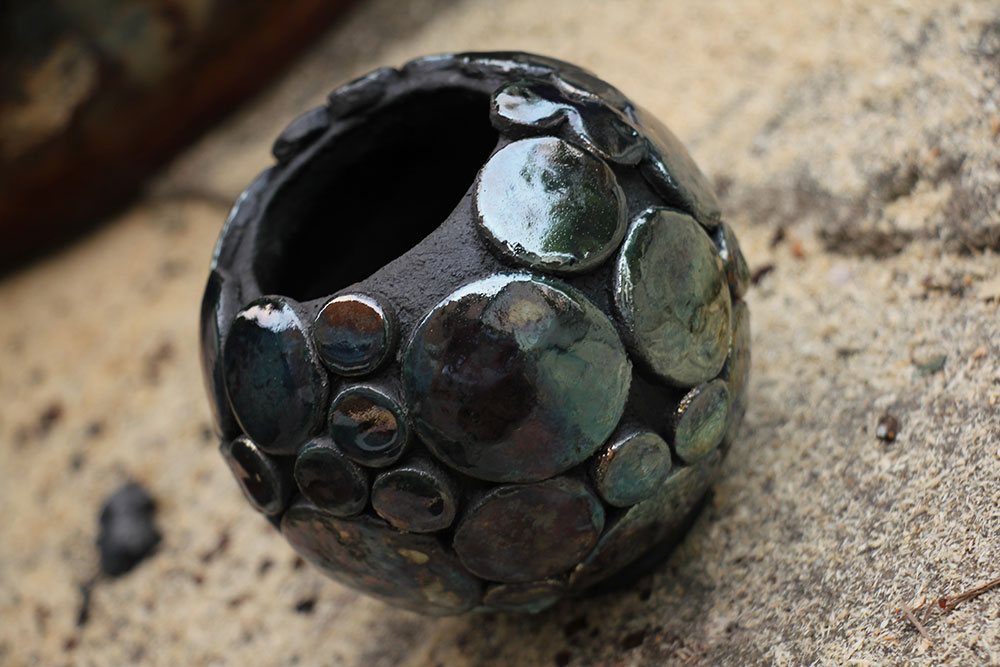 Small things armony and the beauty of simplicity

Raku technique was born in Japan, with a zen root. That’s the reason why it can exalt the small things armony and the beauty of simplicity.
Raku comes from the tea ceremony: a rite focused on the tea bowl, with hand dimensions, shared by guests.

Raku techinque find its origin in the Momoyama era (16th Century b.C) from a tile maker named Chojiro. He worked on this techinique to produce tea bowls in an easier way.
(Chojiro’s Maecenas was the master of ceremony Sen no Rikyu, ndr.)
The word “Raku” means “comfortable, relaxed, enjoyable, joy of life” and it was used from the 16th Century in the clay Kyoto suburb. While gaining popularity, it was used as a surname for Chojiro’s tile makers descendants, still alive and working in Japan.

After the publication of a manual in the 18th century, Raku technique spreaded the word out of Japan.
Raku manufacts are nowadays highly collectible and seeked.
Some of them are truly masterpieces.

Raku technique came recently to the western part of the world, where its principles were distorted.
Raku is an unconventional method, totally different from the classical way.  It creates incredible shades and vibrant colours.
In this special technique the piece suffers a strong thermal shock: that’s why you need a strong and resistant clay, more suited to withstand higher temperatures.
The mixture contains sand and cooked clay grains (chamotte) that decrease contractions and avoid fractures.
The white resistant clay piece is cooked the first time at around 950-1000 Celsius degrees, then decorated, using oxides and glazes.
(for example, to obtain a green colour you need the copper oxide).

Example of Raku decoration using reduction: when the “bisque” piece (cooked two times) comes out of the kiln, still white-hot, it will have different colour shades, depending on which fuel had been used (paper, leaves, sawdust..).
The Raku process takes place in a special kiln without a ceramic glaze, but even in self constructed ovens made by cementless strong bricks that can reach circa 950-1000 Celsius degrees. When the kiln turns light orange, nearly yellow, and the piece inside is glossy, you can remove it while it’s still glowing from the heat and put directly into water or allowed to cool in the open air; that’s the real Raku technique.

In the 70’s, after discovering this process, somebody tried to use a special iron kiln full of combustible material (paper, sawdust..).
This fuel, burning near the pieces, causes a great oxygen reduction. The final stage is to dunk the piece in cold water and clean with a stiff brush or some abrasive material to remove the ash and let the metallic nuances shine bright.
These metallic shades appear because of a partial or total lack of oxygen, at nearly 650-700 Celsius degrees.
Not to be forgotten that the moorish “Lustri” technique and the Gubbio one too consisted in a lack of oxygen, during the third cooking, at the same temperature but in a wood oven, closing the fireplace and adding material such horse hooves, resin, tar, and obtaining the oxygen reduction by closing the fireside too.